Black to the Future: The Rites of Passage & INCUBATING OUR NEW BABY by Yansie Rolston 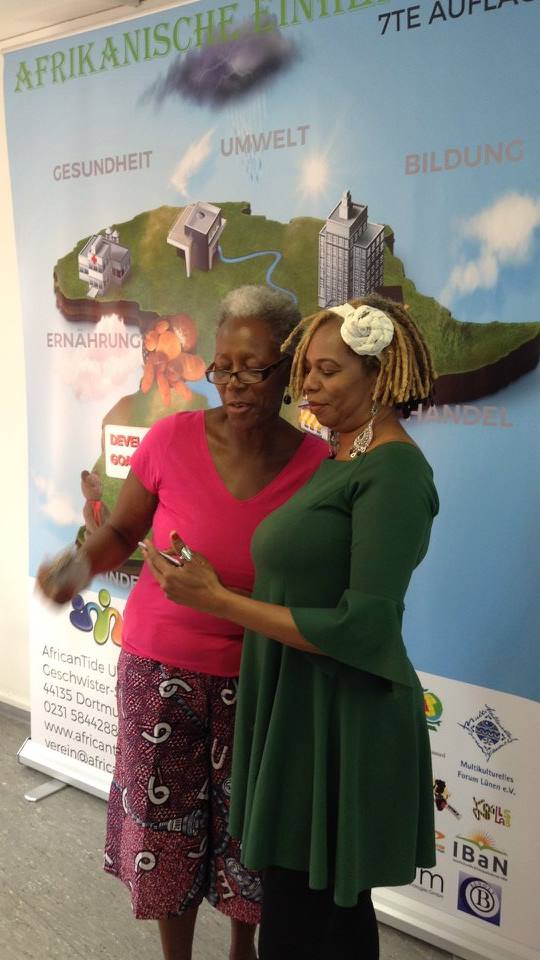 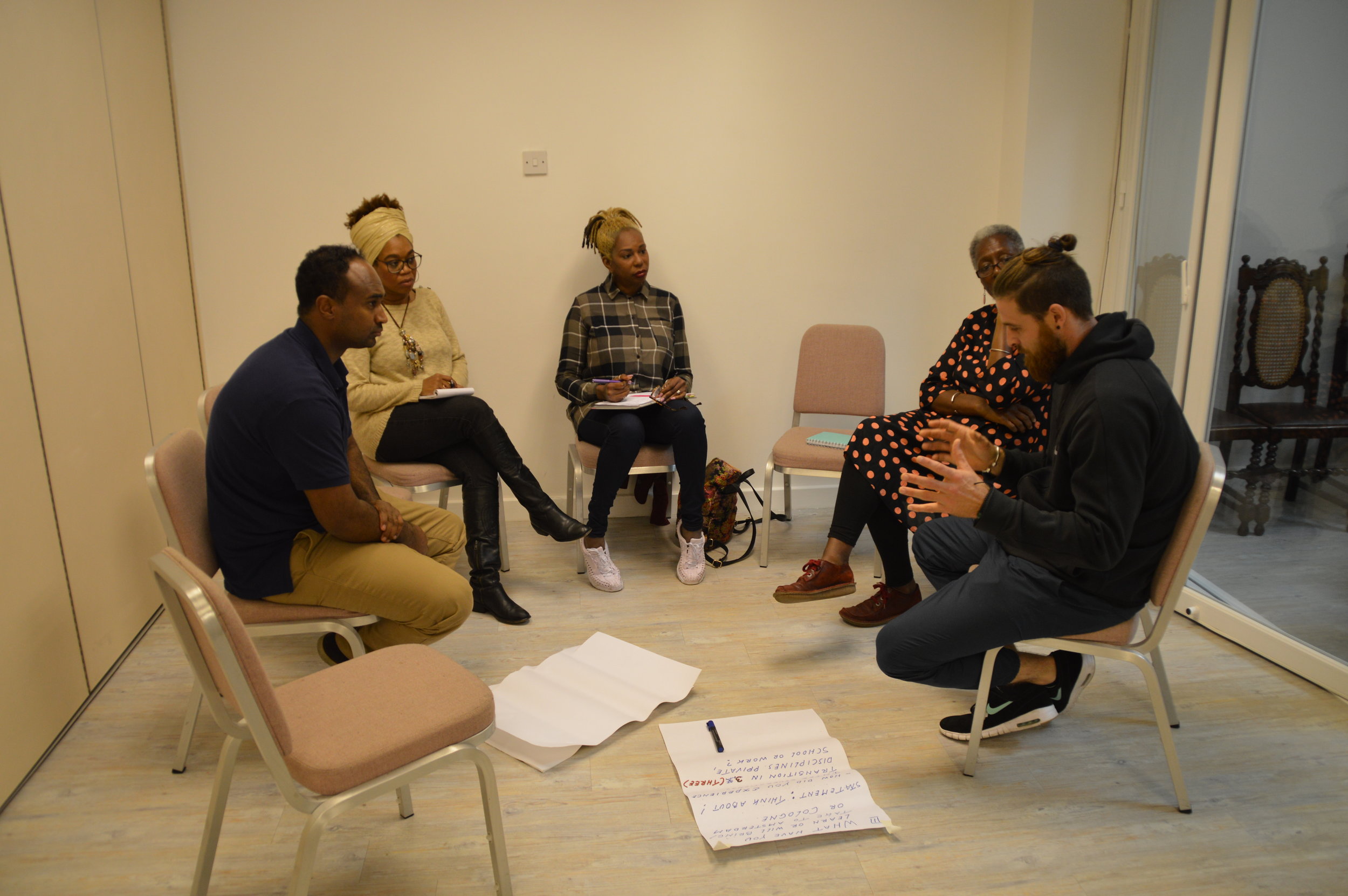 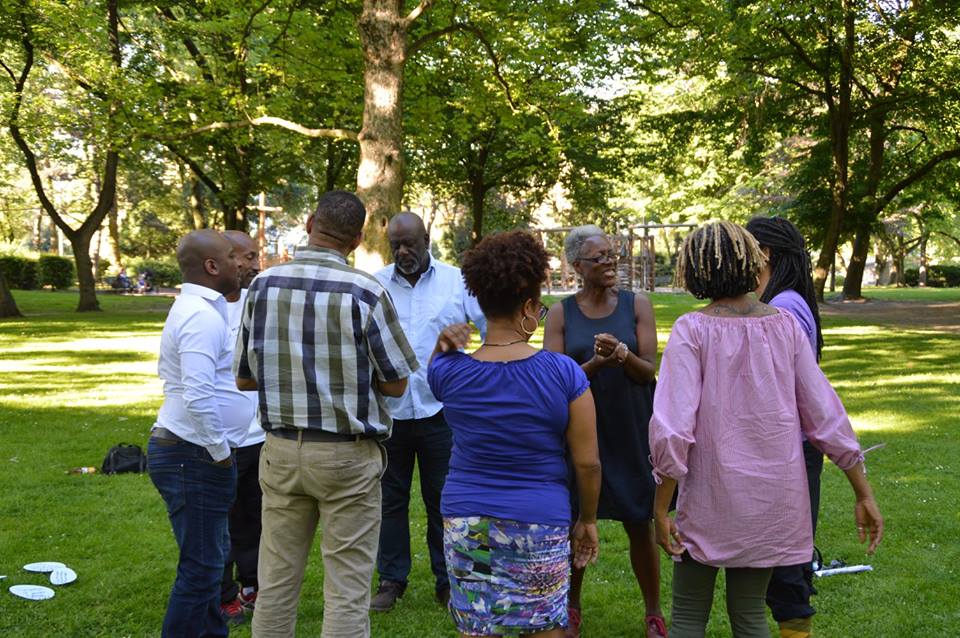 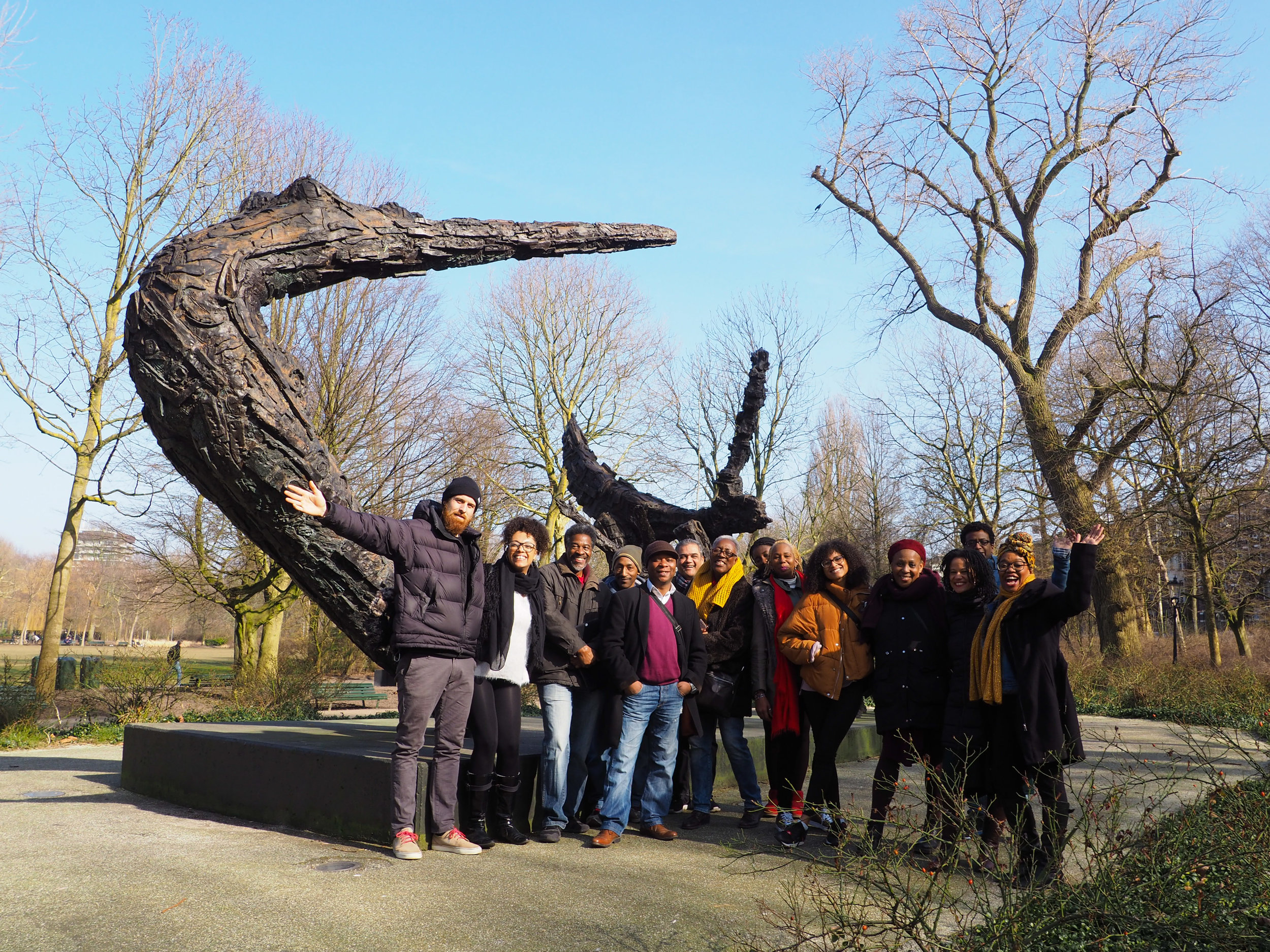 The Rites of Passage – Black to the Future I

A community child – Black to the Future (BTTF) A Sankofa Exploration of Youth Work Project was delivered after a planned pregnancy and an 18 month gestation period (I have profound empathy for female elephants). Eighteen months sounds like an eternity but that just goes to show the amount of work that went into achieving the project deliverables.

In March 2017, the parents and extended family from Germany, Netherlands and the London (with roots across the African continent) gathered together and agreed that the time was right for the fertilisation process of this truly international baby to happen. The seed was planted, before you know it the baby started to become a real thing. This meant that a birthing plan had to be developed and some support systems put in place.

From its conception there was no doubt that this baby would be nurtured and raised by the entire community, and that the younger members would be as equally involved at every stage, sharing responsibilities for its development. But come on, let’s be honest, raising a childis challenging at the best of times, and this one had some added complexities such as managing inter-generational relationships, dealing with international travel arrangements, prioritising work commitments, and all the other day to dayproblems that will arise when trying to create something new. So it was no surprise that some of the extended family were not able to stay the course. However, one of the great things about a community raising a child is that the smallest input can have huge impact.

When some of the family took time off or leftfor whatever reason, every single bit of their input, conversation, discussion, debate, suggestion and advice was valued, and played a part in the BTTF child’s development. The village raised this child and though sometimes the saying “too many cooks spoil the broth” came to mind, this child epitomises Ubuntu - “I am Because We Are”.

In September 2018, at the end of the 18 months, the parents and close family from the three countries got together for the weekend long coming of age transition. The funders (Erasmus+) end of project requirements what guided those activities, and to be honest, some of it was challenging. On the agenda were topics such as: The evaluation report; the toolkit; digital map, data entry; budgetary compliance, lessons learnt and ‘what next’. But it wasn’t all work – we time fun and laughterover breakfast and dinner, and managed to fit in a quick visit to Cambridge City Centre.

That coming of age weekend was one of self-exploration, allowing the family to do some deep introspection, and while we all acknowledged that some things could have been done differently, we felt that this community child deserved a sibling. The sibling would gain from our benefit of hindsight and from the considerable amount of informal learning that happened along the way – Collectively a vast amount of knowledge was shared such as blogging; using social media; principles of Sankofa and Ubuntu; the art of journaling; digital mapping; undertaking evaluations; intergenerational interpretations; appreciative enquiry; world café; valuing diversity; managing conflict; developing a toolkit; and a powerful session on “To Us Africa is Home”. That’s not all though because the family were also very fortunate to visit spaces and places in Europe that engage with the topic of Black Youth work.

The delivery of this child is by no means the end, so if you are interested watch this space because Migrafrica - our project partner in Germany has submitted a follow up application for BTTF2 to explore Youth Work Practice in Rotterdam, Wales, Munich, and Lisbon.

Migrafrica, Ubele, Stitchin Interlock and Providers of Social Response to Development  (PRSD) are delighted to announce the incubation of another beautiful baby BTTF II. A much needed sibling to our community baby - BTTF I.

This new offspring will be delivered in March 2021 after a 24 month gestation period, and for those involved in BTTF I, it feels like we are gluttons for punishment.The first one had an 18 months gestation, which seemed like an eternity,so how we ended up committing to a further 24 months is anyone’s guess. But having that extra time does mean with careful planning we will be able to avoid the frantic last minute rush to complete the Erasmus+ reporting requirements. Plus, because this time around we are not only going to be exploring youth work practice in Portugal, Germany, Netherlands and England,the time will come in handy as we take on the ambitious task of building a network of Global Diaspora Youth Work connections to share knowledge, expertise and undertake research from the perspective of the diaspora.

The incubation process was kicked off by a working weekend of the project partners at the Wolves Lane Horticulture Centre in Wood Green, London. If you have not yet had the privilege to visit, I urge you look it up online and attend the next open day. I promise that you will be pleasantly surprised by this wonderful little-known oasis of flora, fish and food crops that sits in North London.

In the tradition of Sankofa which in Twi (Ghana) translates to “Go Back and Get It” the first thing on the agenda was to do some introspection on BTTF I. It was very helpful to revisit the vision and mission of the partner organisations and to catch up on what everyone has been doing since we last met in September. We revelled in the successes of what worked well, reviewed the challenges, recalled some of the stories and the moments that held us all in awe and wonderment, and exchanged thoughts on the realities of undertaking this new BTTF II project. Time was spent exploring a number of key areas of concern amongst diaspora young people, sharing organisational and personal strengths, and focussed on collaborative ways of working. Equally important, we socialised as a team with a delicious meal at a local restaurant and even introduced some of the partners to the delights of Nando’s.

As it turns out the most time consuming task over the weekend was trying to set the dates of the next 5 transnational sessions. That is because we are a team from 4 different countries withdiverse working patterns, but we also had to take into account issues such as avoiding peak travel periods, potential child care arrangements, exams timetables, other project timelines, bank holidays, and the opening and closing dates of places, spaces and activities we consider engaging with. Thankfully, we got there in the end and will be heading to Munich in October 2019; Rotterdam January 2020; Lisbon May 2020, Manchester September 2020 and back to Lisbon for the project evaluation meeting in February 2021.

Look out for further announcements as the project progresses and don’t forget to find out more about the Wolves Lane Horticulture Centre.