I was appointed by The Ubele Initiative to support the development of Black Rootz (BRz), a Black growers’ collective, committed to Black empowerment and self-reliance who, collectively have over 100 years of organic food growing experience in their respective fields.

The group had been in existence for over 18 months when I got involved, and at the time had been experiencing growing pains, typical of start-ups during their development phase.  I was warmly welcomed into the group, initially by Paulette Henry, the BRz Co-ordinator then by Sandra, Junior and the rest of the group.

Everyone had a story to tell and I was keen to listen.

Some contained recollection filled with laughter, pain and disappointment but all had an unwavering commitment to see BRz thrive and live up to its ideals to become the first Black-led social enterprise growing organic food commercially, providing training programmes which engage young people and support the next generation of growers from Black communities, thereby creating employment and livelihoods.

Their stories revealed how conflicting strategic approaches, shifting priorities and the Covid-19 pandemic had impacted them negatively, resulting in the group losing direction and fragmenting. 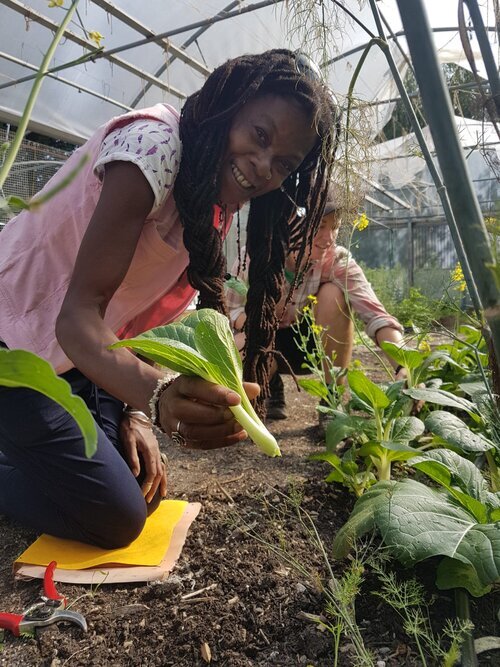 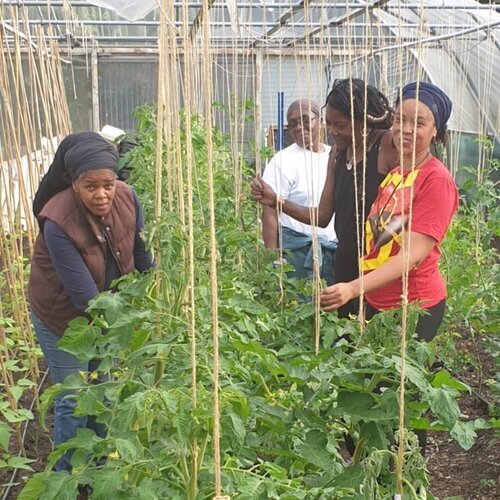 The need to develop a Black-led growers’ collective stems from a combination of individual, community and wider systemic needs, surrounding food security, sustaining livelihoods and the importance of Black and marginalised communities having control of critical community spaces and issues surrounding who owns the land and who’s excluded or exploited by it.

The BRz project grew as a response from Ubele and individual Black growers based at Wolves Lane Centre, who recognized the need to ensure that Black and minoritised growers reflect and represent the cultural diversity of the Borough of Haringey and the wider UK.  My review, conducted over several months examine what had happened to date through a series of one to one interviews with current and previous members, and the examination of all relevant documentation produced since BRz inception.

What I uncovered were beautiful stories interwoven with the Windrush generation migration to the UK, a generation invited by successive governments to relocate to Britain from their homes in the Caribbean to address the post war labour shortages. This generation would often want to grow food they were used to back home and many grew food in their own back yards as a means to combat food scarcity.

Yet, despite this rich legacy of food growing since the 1950s, there are no Black-led social enterprises growing organic food commercially.  The first generation of UK Black growers is now aging, retiring, returning to their countries of origin or simply dying.

There is an urgent need for the establishment of a Black-led growers’ enterprise to pass on traditional and practical growing skills which ensures that indigenous and local food growing knowledge are transferred to Black and minoritised growers and future generations of children and young people, thus securing a legacy.