The Cabo Verde programme ‘Training of Trainers’ was based in Santiago, the largest island of Cabo Verde. The meeting was the second-time partners within the Erasmus+ PathHERways International project met face to face to discuss the progress of the project. Partner attended from Portugal, Peru, Mozambique, France and the United Kingdom (UK). The first meeting took place in Portugal 2017, and the final meeting will take place in Portugal 2018.

The objectives of the training:

- To allow partners to start working as a network, sharing experiences and becoming more aware of their own and others’ reality

- Clarification of the finale phases of the project, tasks, responsibilities and agreements

- To perform a gender assessment of the various national contexts

How were the objectives achieved?

Below it will be outlined how two of the objectives were achieved.

1.       Made partners work together, share experiences and become more aware of one another and each other’s reality

Intersectionality is the interaction of people from different cultures, it’s an important aspect of international work as it enhances cultural awareness, prevents cultural shock, and helps people adapt to new environments. During the interculturality each country group was written down on a piece of paper, and the individuals who weren’t from that country had to write down what they knew about the country. At the end of the activity the members of the country had to gather their paper, and present to the group. In the presentation stereotypes were tackled head on for example the UK was associated to colonialism, and beer. This was also a chance to raise stereotypes which hadn’t been written down e.g. Margaret Thatcher and Theresa May were written down but no Winston Churchill or Tony Blair. Some countries such as Mozambique and East Timor were less known however, this was a perfect opportunity to learn more about the countries the partners had come from.

2.       To perform a gender assessment of the various national contexts

After being refreshed on the gender assessment which had taken place in Portugal, 2017. Each country group was grouped together to conduct a gender assessment of their country today. This was largely a research task in which all countries had to answer the same countries; does your country have a woman’s strategy? Does your country have sexual education? Does your country have quotas? We then had to stick our answers on a timeline. This was a great fact learning opportunity, I wasn’t aware that the Nazi’s gave women the right to vote in World War 2. It also highlighted the issues which were widespread. In the UK group we weren’t clear on the widespread use of quotas, and sexual education in schools is optional meaning faith schools opt for a lighter examination of the subject. In Peru, on the other hand, there is a strong no sexual education movement which has stigmatised the teaching of the subject.

Phases of the project

At the beginning of the programme we revisited the project timeline, and went over the responsibilities of all the partners.

Questions which were raised:

These questions were answered during the seminar. The group was multilingual comprising of English, Spanish, French, Portuguese, Arabic, and Creole speakers therefore all information was translated to aid understanding.

At the Faro seminar the partners had created some ground rules, to make us familiar with the key terms. Everyone was invited forward to pick up a word from the floor and say why they felt it was important to embrace this word throughout the week.

-              Each partner agreed to continue with their regional PatHERways programme

With the Cabo Verde training now having comes to an end. The organisations will each return to their individual countries and continue working on their individual PatHERways projects. Yvonne Field (the Director of The Ubele Initiative) will travel to East Timor where she will shadow and provide expertise to Empreza Di’ak. The organisations will then meet again in March 2019 in Cascais, Lisbon. To close the project.

Thank you for reading! 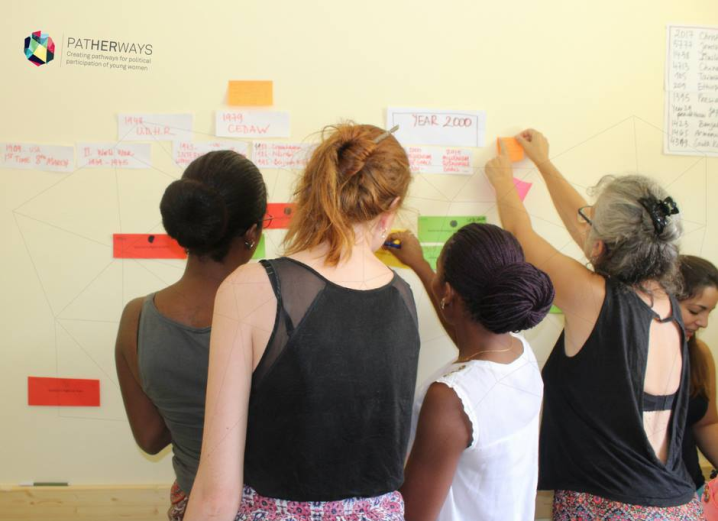 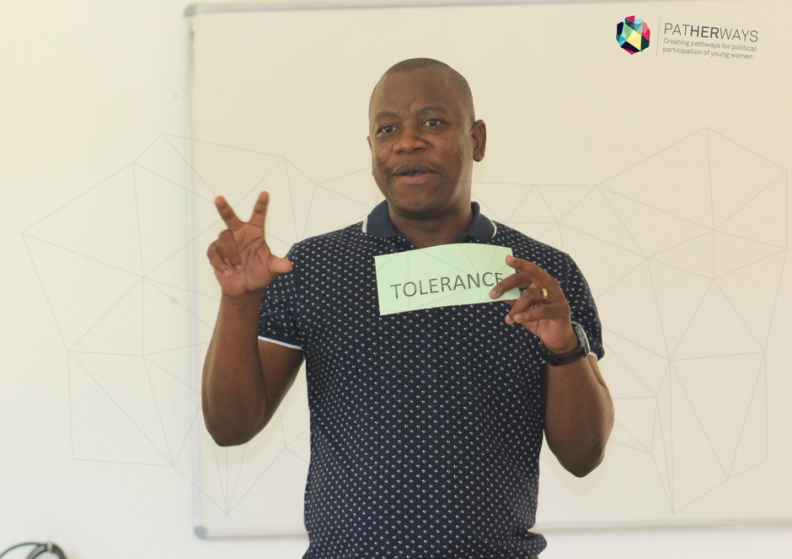 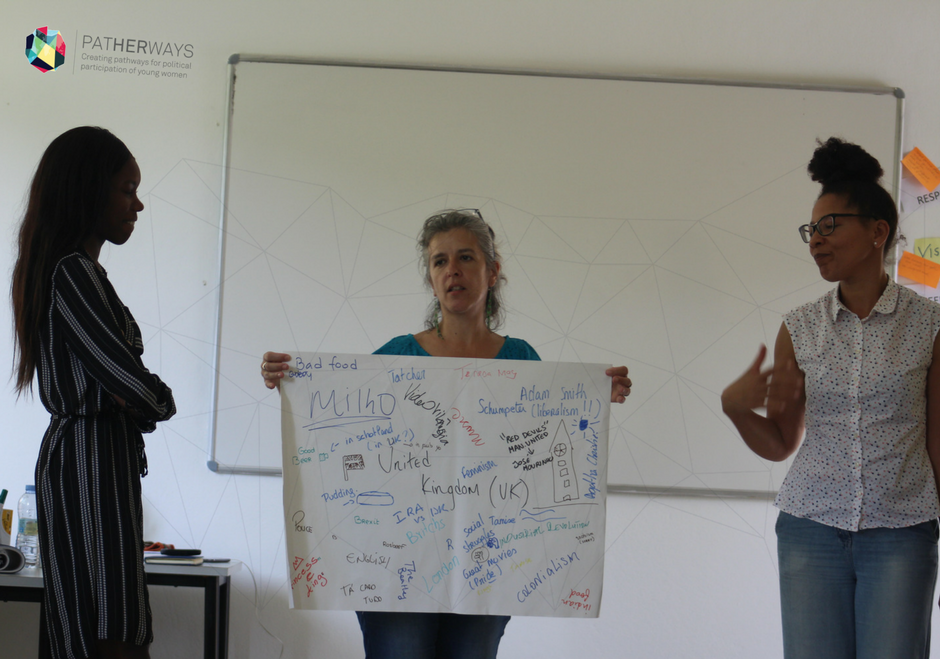