Have you heard the phrase "the more things change the more they remain the same"? Like many of you, this is something that I hear constantly, especially in the aftermath of a major incident and we look around for evidence of what has changed.

As a student and watcher on social interaction I took advantage of a recent Summer School programme organised by The Ubele Initiative, funded by Erasmus + and delivered by Reos Partners looking at 'systems thinking for social change' [1]. The experience made me take a longer look at the whole question of some of the drivers for change as well as provided me with some further insights into why, when and how system changes occur. The experience prompted a number of questions one of which is 'how do we perceive change and what are the changes we are looking for within the systems we occupy?'

My first observation is that, on the whole, we do not look at systems as a natural arrangement of how 'things are done', as both a necessary and unwelcome set of arrangements. When we talk of systems I suspect the image is that of socio-political arrangements. This is far from the truth as they are round us all the time. If one did not exist I am sure we would create one! They exist in the home as parents, child and family; in the office and workplaces as both employee and colleagues; in the community as neighbourhoods, organisations and activism and so on. As such, to what extent do we think of ourselves as being part of a system in our daily interactions (i.e. social interaction)? How connected- plugged in - are we with these interrelationships and to what extent are we looking for one or the other to change instead of ourselves? 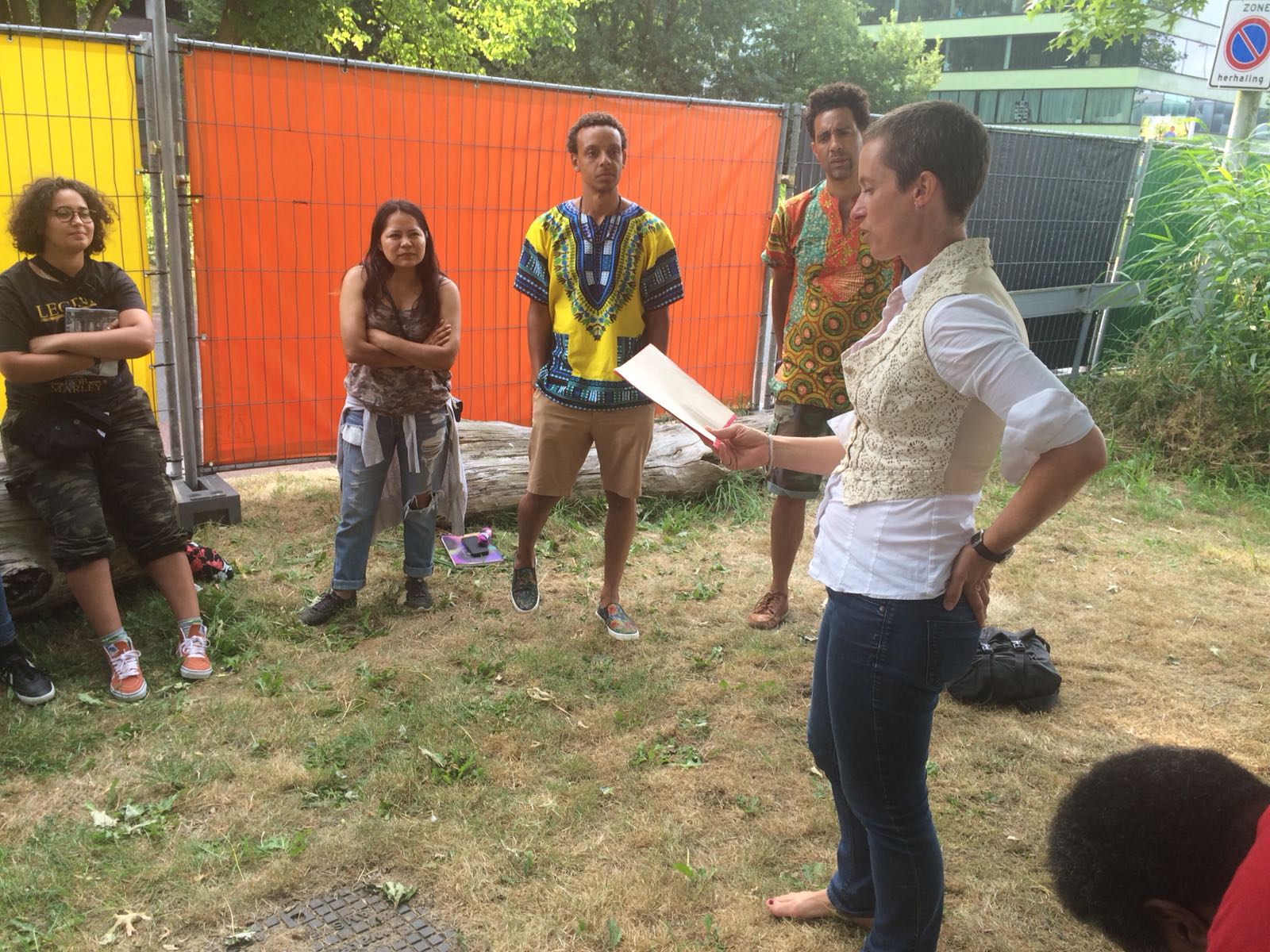 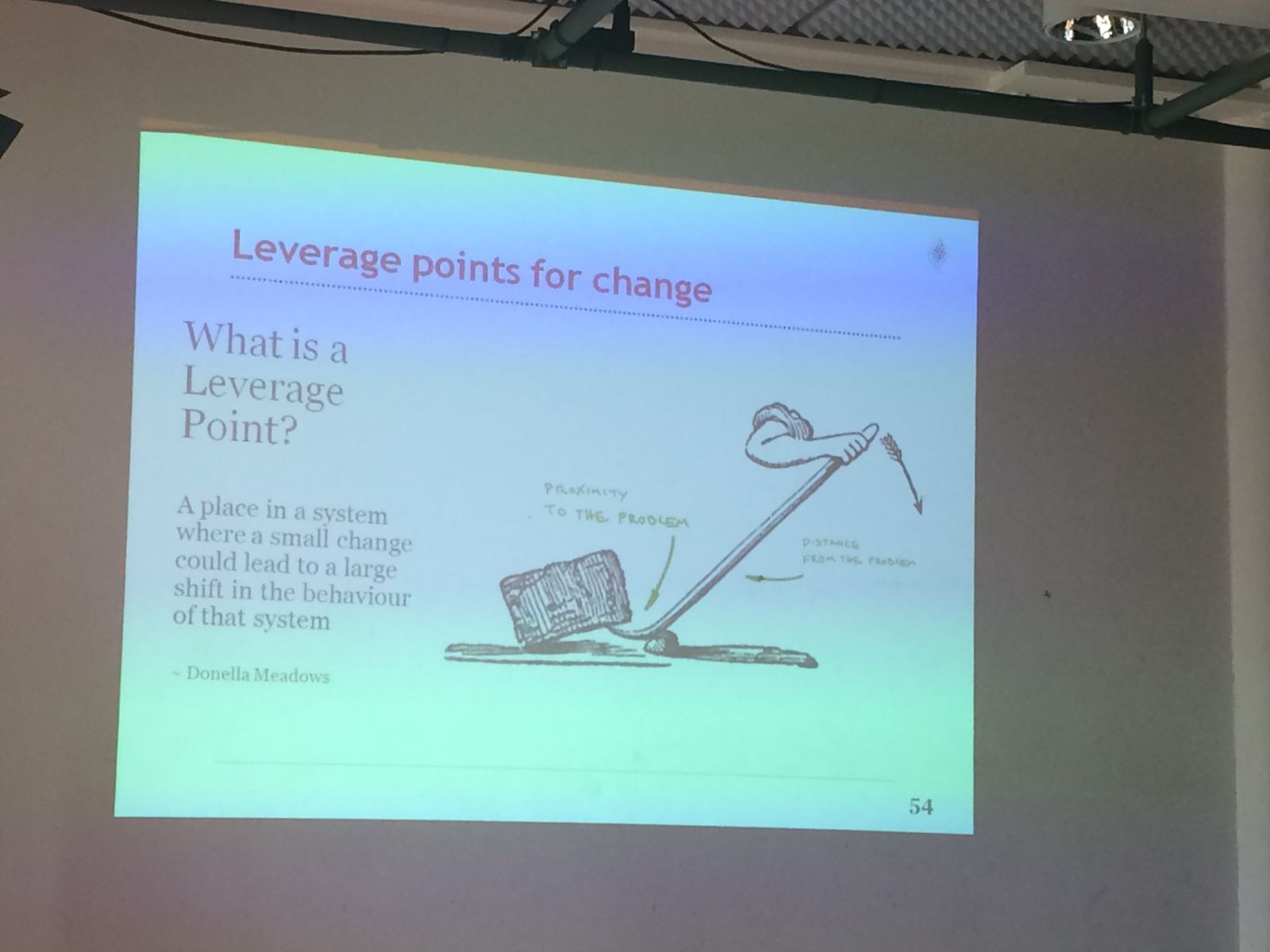 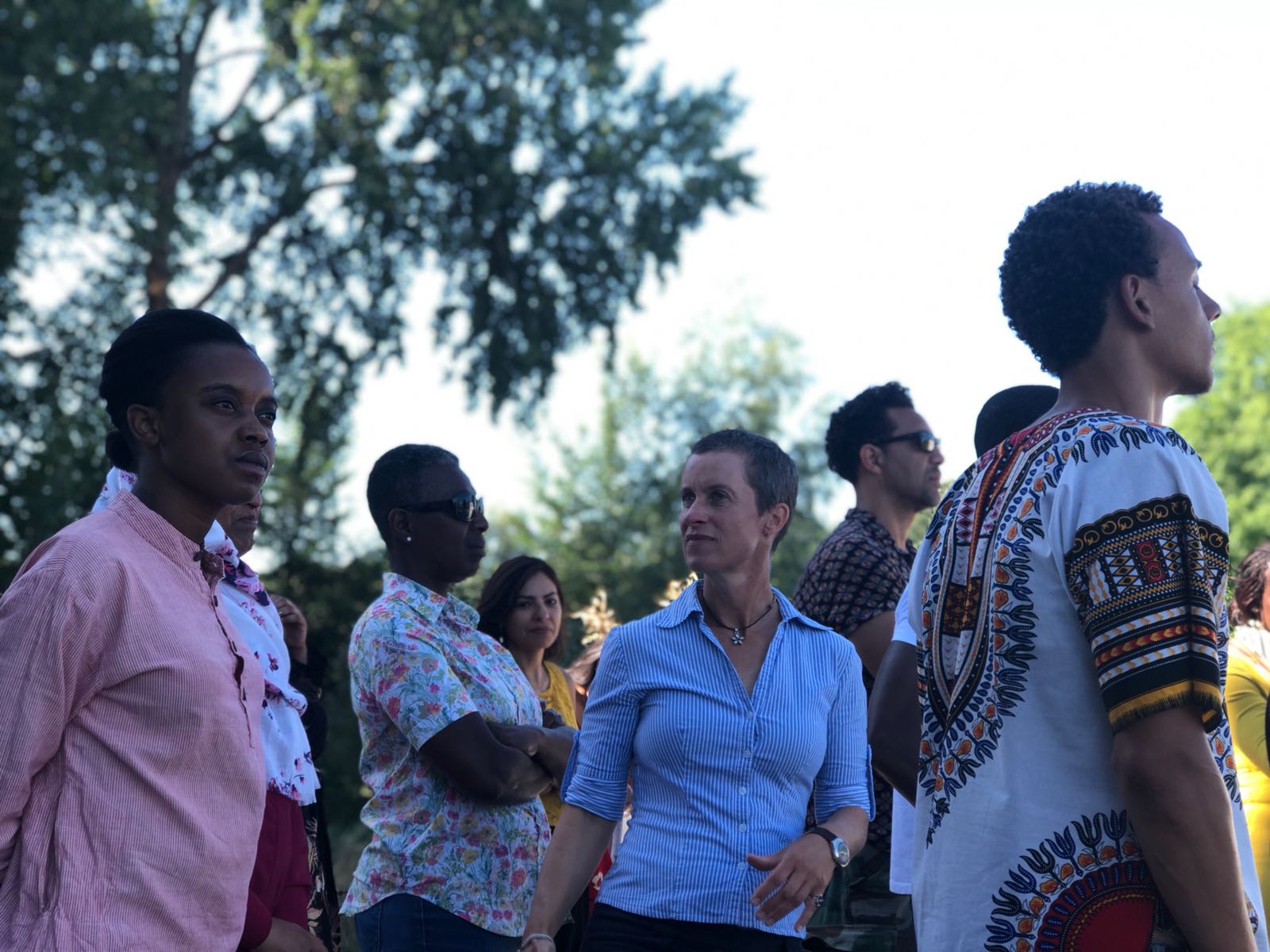 The programme looked at a range of principles, actions and tools that could be used in tackling challenging and stubborn questions for systemic changes (including how to work with those we do not trust or get on with). If we are looking for changes within the narrow sense of the word (micro), as well as the broader perspective (macro, which is often seen through the lens of political systems), what exactly are we looking for? More to the point, whose perspective does the change serve: who benefits and who loses? Is it a case of ‘empty tin makes the loudest noise’?

This brings me to my second observation, that is when is a problem a problem and when is it a dilemma? For years now, working in the field of youth and community development, we have been occupied with the tension between young people and crime. This tension has been variously described as a ‘youth problem’. Yet, were it a problem, it would have had a solution by now. What if we re-caste the narrative not as a problem looking for a solution – which usually means it is ‘fixed’ – but a dilemma needing to be better managed? As we know a dilemma is a situation in which difficult choices has to be made between two or more alternatives, especially ones that are equally undesirable, and/or polar opposites. This management of the situation puts us in a different place and mindset about possibilities and what is acceptable by way of change and will more likely to be incrementally achieved and recognised. More to the point because the options are multi-various, comprises and ‘best fit’ scenarios are likely to be the order of the day. A pre-occupation with finding ‘the solution’ – often treated as quick fixes - can take us away from soluble options that we might be able to build on over time.

Consider for the moment the situation of the level of funding being pumped into addressing knife and violent youth crime in London. The Mayor’s Office, independent grant funders, local authorities and independent philanthropists are all ‘chucking’ funds into projects that are, on the face of things, seemingly working to fix the ‘problem’. Sitting alongside these are the many ‘Community Safety Partnership Boards’ that exist across all London local authorities, all trying to address their piece of the dilemma with very few actually stepping across boundaries to share intelligence and approaches. Very few still, actually look at the conditions that might be giving rise to the need to carry weapons and if they do, are reluctant to be creative and adventurous for fear of being ‘wronged’ in the eyes of public opinion; the same public opinions that is pressurising local authorities to do something about the crisis. So, putting more police on the streets is now the answer, despite the fact that even when there were so called ‘bobbies on the beat’ – hearkening to the Dixon of Dock Green images – there were still violent crimes being perpetrated. Society has evolved and the medium of communication – especially the ease of access to them – has changed so much so many of us are playing catch up. Technological advancement has played its part and that is something that cannot be placed into a box and buried – as if it wasn’t there. Given these few examples of the complexities associated with problematising youth crime, where is the fix likely to come from? What is that fix that many have been crying out for? One final and contentious point on this question, is there a ‘level’ of youth violence that society should accept and so be able to better manage the crisis?

My third and final observation is that by framing our question and issue in system terms allows us to look at roles, responsibilities and action at the individual level. As we all reside within one or more interconnecting systems, it follows that we have access to power and influence and that must mean we have leverage over the change process. Power, in the sense that I am referring is not a binary action of A exerting pressure on B with B not having any way of exerting counter pressure. Far from it. None of us are powerless in making changes. The question is whether we desire (or choose) to do so. If minded to take personal responsibilities for our actions, relative to our roles and responsibilities within our systems, we would actually make a difference. Sad, and this is perhaps part of the management of crisis I alluded to above, if parents and significant others were to take responsibilities for the raising of their child instead of abdicating and leaving it to the state (or schools as in so many instances), then perhaps the concerns over youth violence may not be the cause célèbre it is today.  To what extent, for example, are we able to recognise the 'patterns or signs' within our own system? What is it telling us and what can we do about it? As parents, to what extent are we setting the parameters and the frame within which our children are being raised?  Are we able to detect the patterns and signs at an early enough stage (e.g. the types of questions they are asking, the friends they keep, the activities they are engaged in and are they sharing experiences of success and failures)? 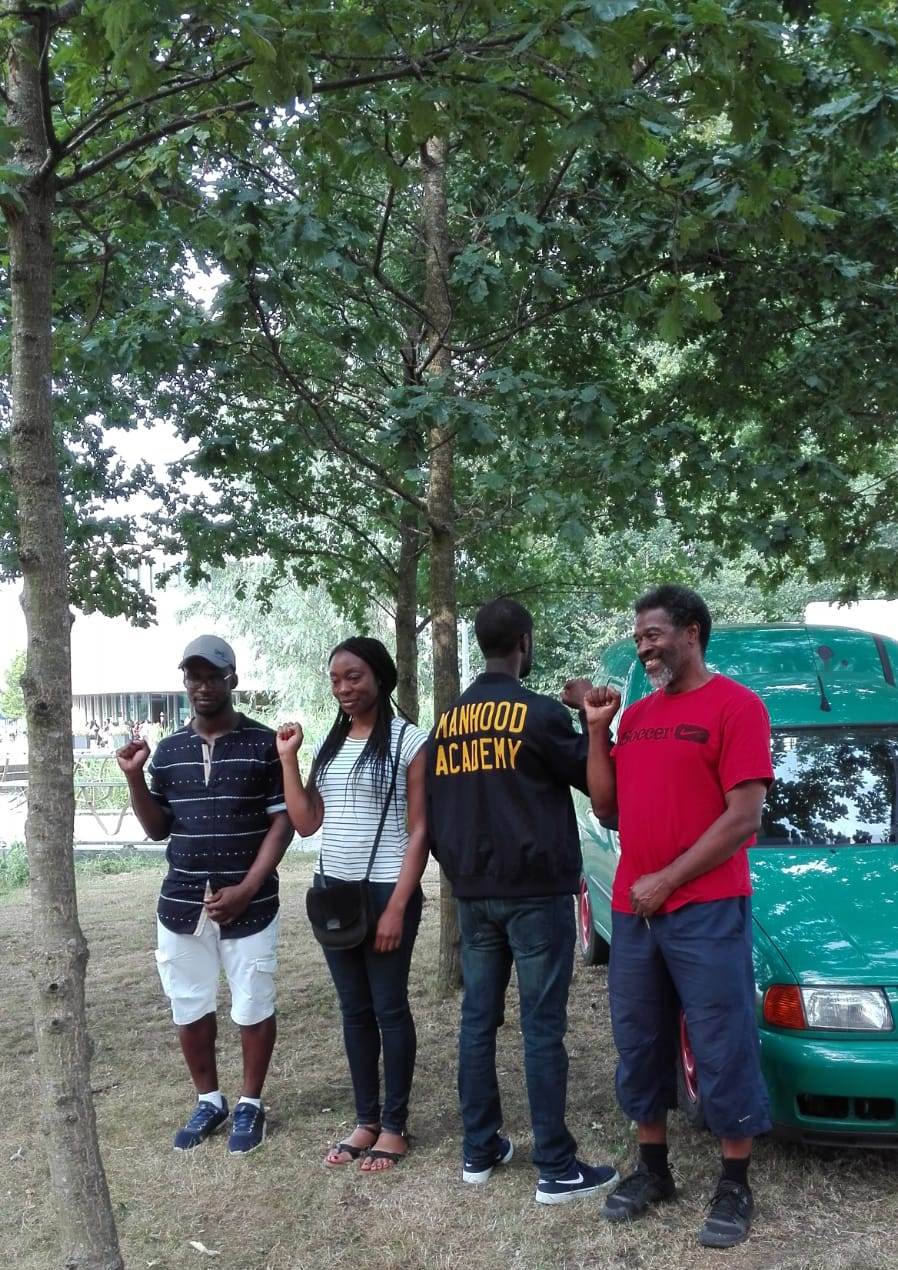 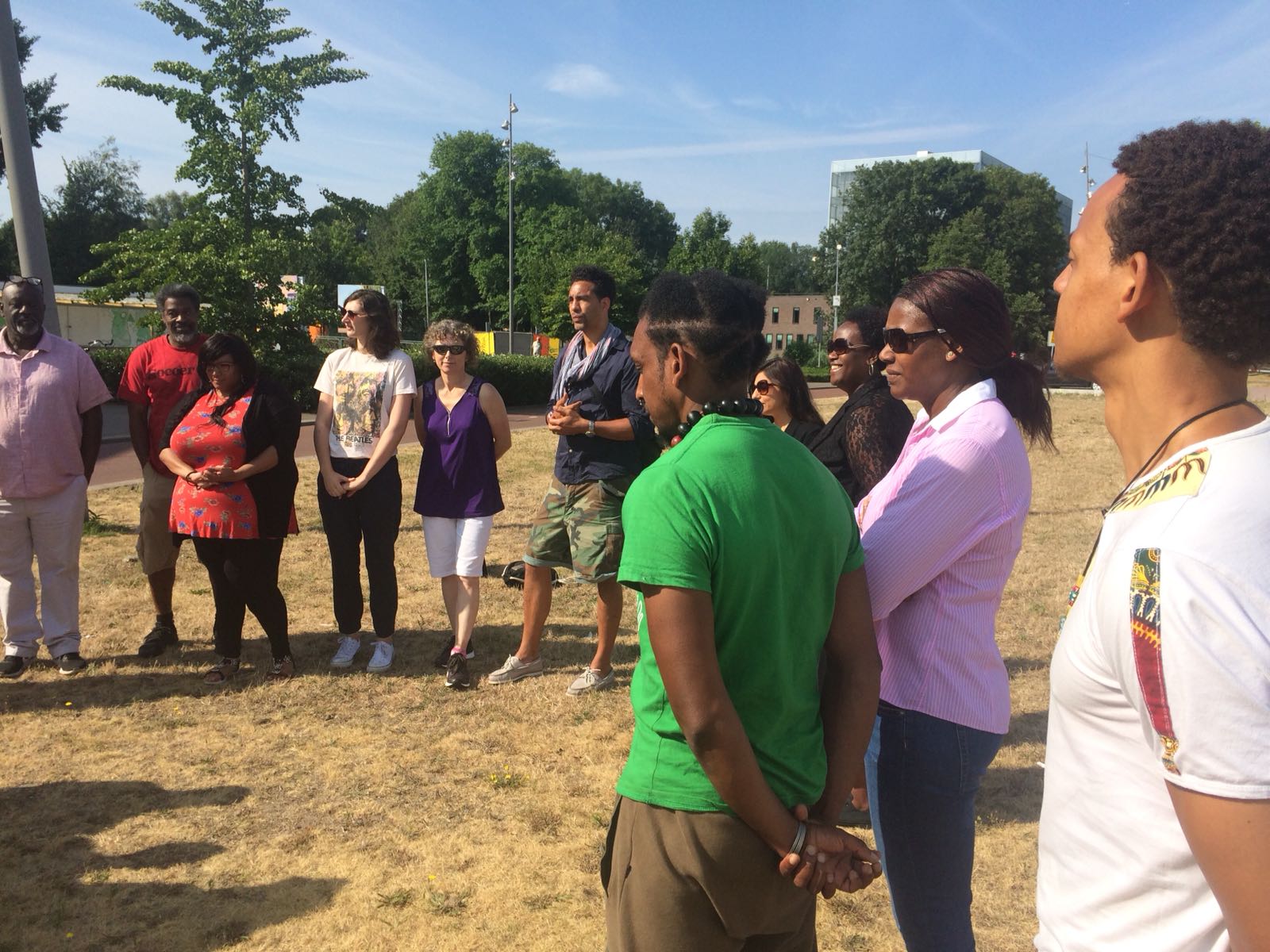 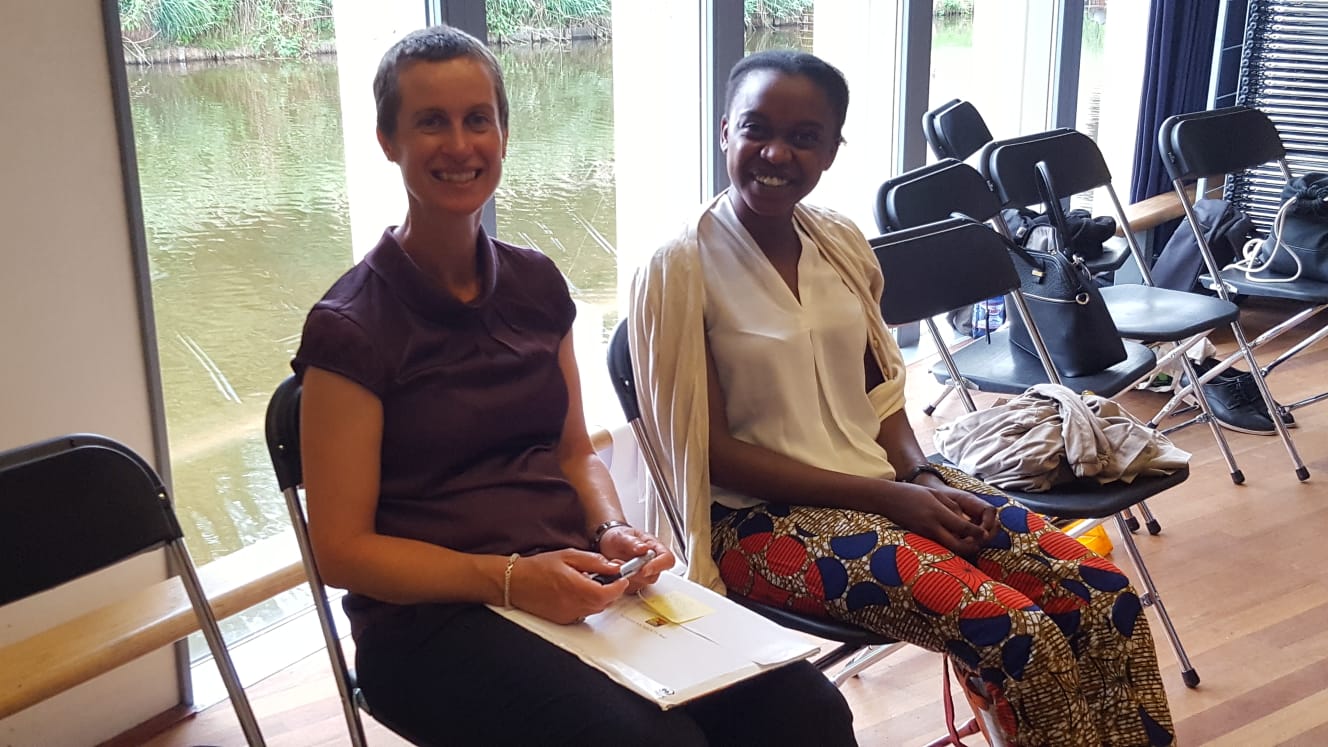 Systems thinking approach has shed some light on the wider understanding of Theory U especially with respect to 'sensing, pre-sensing and creating' and within that, to recognise the triggers prompting change and the sorts of tools that could be used that will make a change. [2] Those reasons for change can be found along a continuum with 'inspiration' at one end and 'disturbance' at the other end. The journey will vary immensely depending on the trigger pushing the need for change but most of all, systems thinking allows you to recognise the relative space we inhabit and through that to be able to push back, not to accept the taken for granted position of that space, but to be part of any change process we desire. The important thing as the Lerato says… exercise demonstrated so aptly, is that change is uncomfortable and is not immediately seen until (or unless) you either show or tell the other person what that change is.

[1] For further reading and follow up please see: "Seeing Systems: Unlocking the mysteries of organizational life" by Barry Oshry (1995); "Thinking in Systems: A Primer" by Donella Meadows (2008); "Power and Love: A theory and practice of social change" by Adam Kahane (2010); "Systems Thinking for Social Change: a practical guide to solving complex problems, avoiding unintended consequences and achieving lasting results" by Peter Stroh (2015); and "Collaborating with the Enemy:  How to work with people you don't agree with, like or trust" by Adam Kahane (2017)